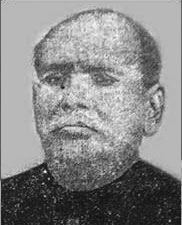 The brave son of Ballia popularly referred to as the Sher-e Ballia, Shri Chittu Pandey was born on 10 May 1865 in Rattuchak (Baina) village, 6 km from Sagarpali railway station in the district.

He was born in a Bhumihar Brahman family. His father's name was Shri Ram Narayan Pandey.

He was keen to make his birthplace independent since childhood. He was the hero of the 1942 revolution in Ballia district. He announced and established a national government on 19 August 1942 for a few days before being suppressed by the British. The parallel government was successful in handing power over to the Collector and releasing all the arrested Congress leaders.