Ballia is the last district in the east of Uttar Pradesh on the banks of the Ganges River. After that, the border of Bihar starts. So we can say that Ganga differentiates the boundary of Uttar Pradesh and Bihar. Varanasi which is a very famous city in India is 140km away from Ballia, Varanasi is also the nearest airport for Ballia.

Ballia is also referred to as "Bhrigu baba ki Nagri" and "Baghi Ballia".

Why is ballia famous

Ballia is considered as Tapobhumi of Bhrigu baba. Bhrigu Baba is the one who kicked Lord Vishnu on his chest. It is said that this did not anger Lord Vishnu, but he apologized for his mistake. On doing this Bhrigu Baba was very pleased with the Lord Vishnu and he said that Vishnu is the best deity. There is a very famous temple of Bhrigu Baba about 2 km from Ballia railway station. When you reach Ballia by road you can see many hoarding on the road stating that 'Bhrigu Nagri mein aapka swagat hai'.

Why 'Baghi Ballia'?
People of Ballia had taken part in the freedom movement of India. Ballia got independent in 1942 although it was only for a few days. Chittu Pandey was the hero of the 1942 revolution in Ballia district. He announced and established a national government on 19 August 1942 for a few days before being suppressed by the British. Mangal Pandey who was the first shaheed of 1857 revolution, was from Ballia. Due to this revolutionary and brave nature of the people of the Ballia, It is also called "Baghi Ballia". 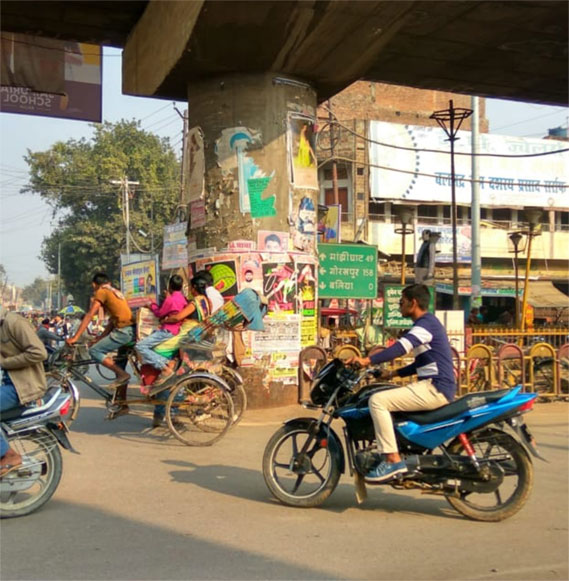