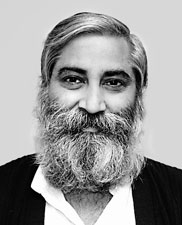 Sandeep Pandey (22 July 1965) born in Ballia. He is an Indian social activist. He co-founded Asha for Education while working on his Ph.D. at the University of California.

He was awarded the Ramon Magsaysay Award (often the 'Asian Nobel Prize') in 2002 for the Emerging Leadership category. He led the India-Pakistan peace march in 2005 from New Delhi to Multan.

He has served as an advisor to the Central Advisory Board for Education (CABE), Government of India. His idea of education is based on empowerment by assimilating a spirit of cooperation rather than competition.